Phil became involved with CHR over ten years ago. As an active member of the community, Phil saw first hand the positive impact CHR was having and was inspired to become a donor. As CHR grew, Phil wanted to do more. He knew financially supporting CHR would have the most impact so he decided to ‘Be a Hero’ and give at our top level. “I donate to CHR because they give people the opportunity to turn their lives around and become productive members of society again.” We are so lucky to have a “Hero” like Phil support CHR and our services. 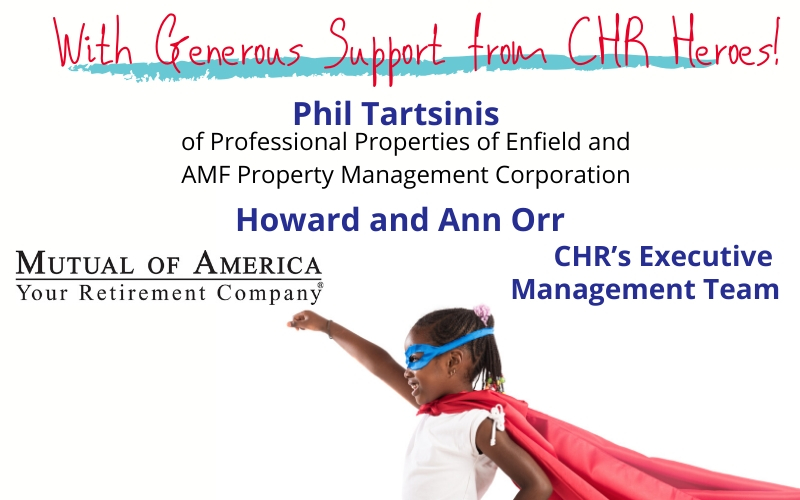